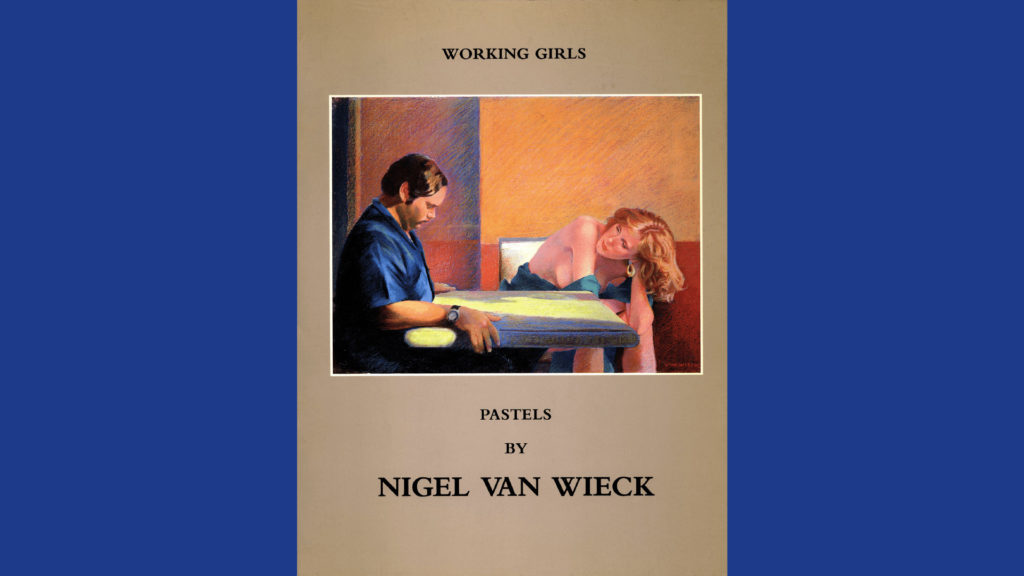 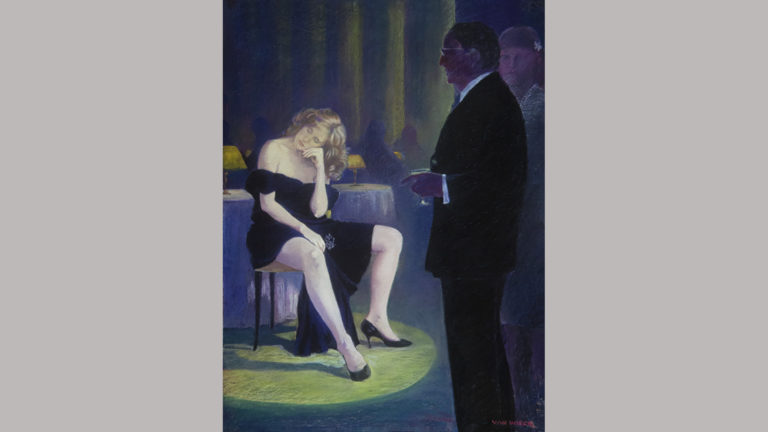 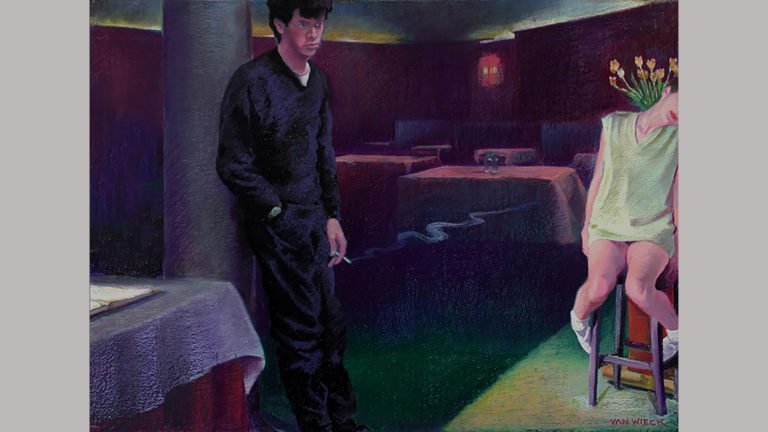 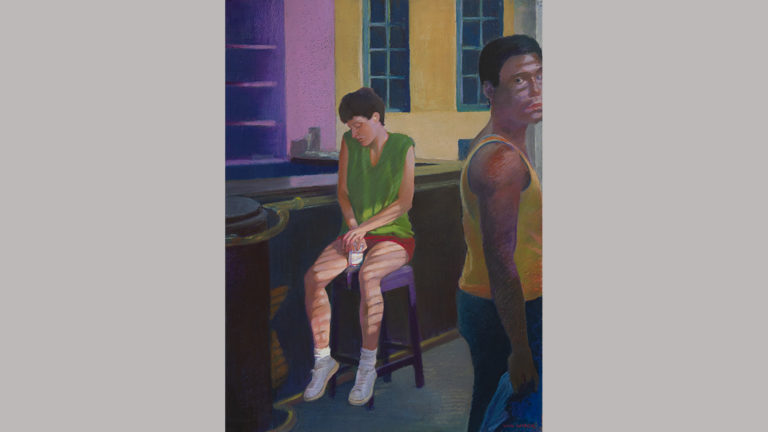 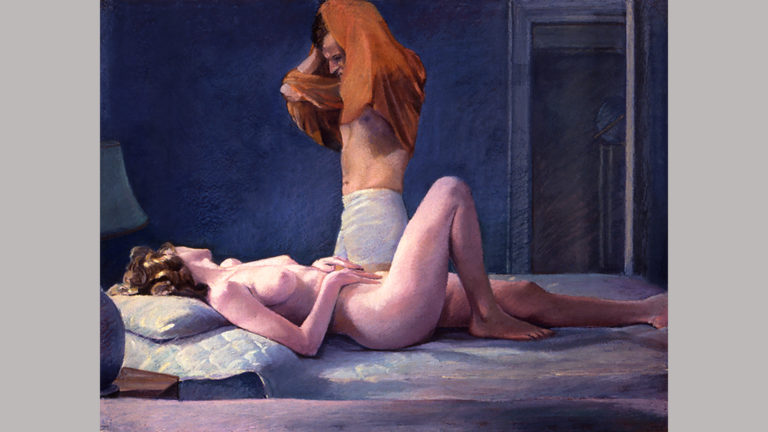 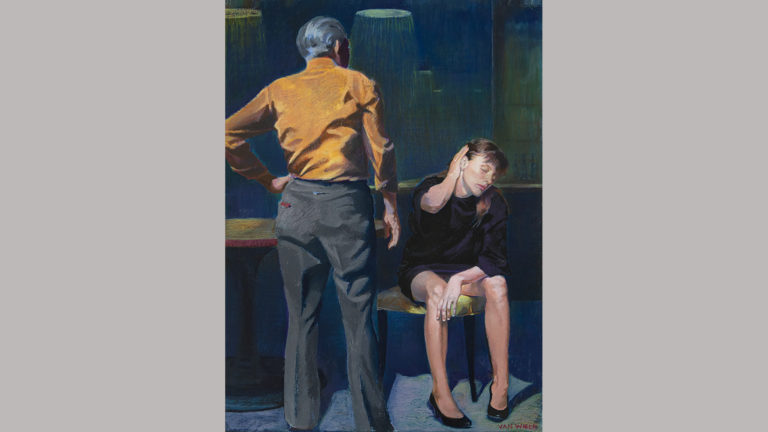 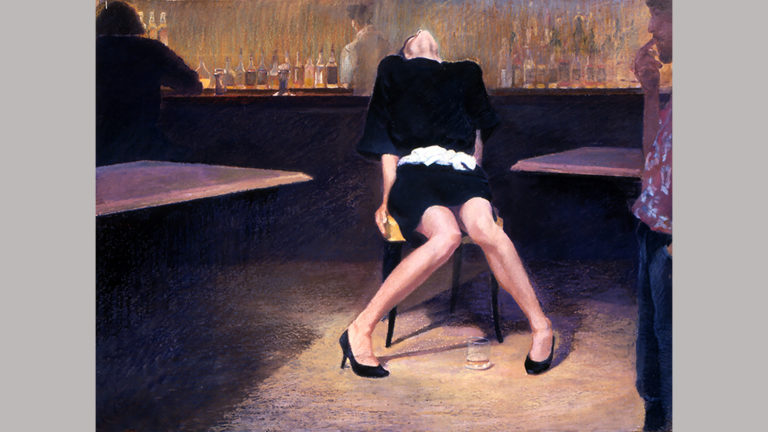 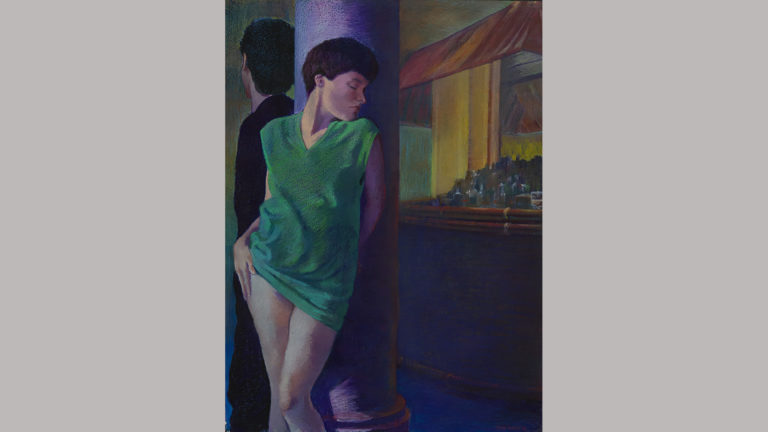 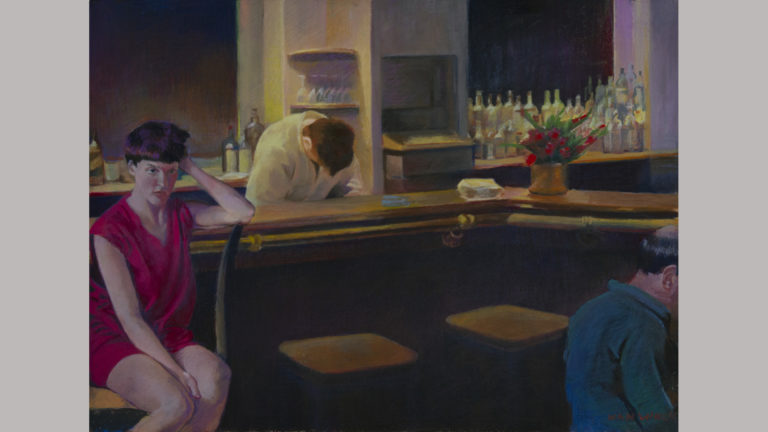 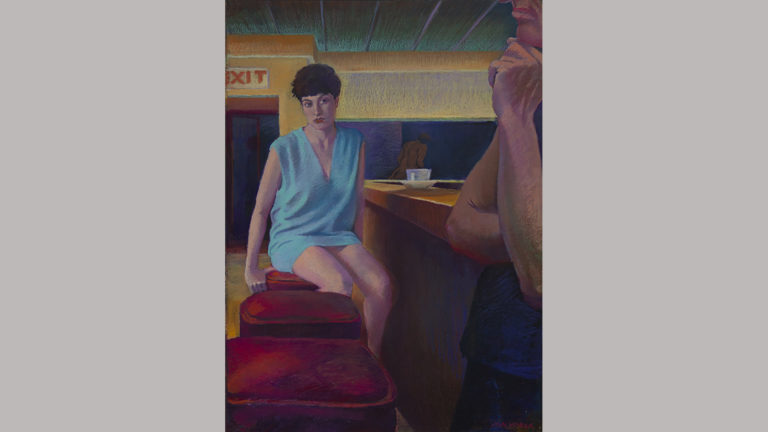 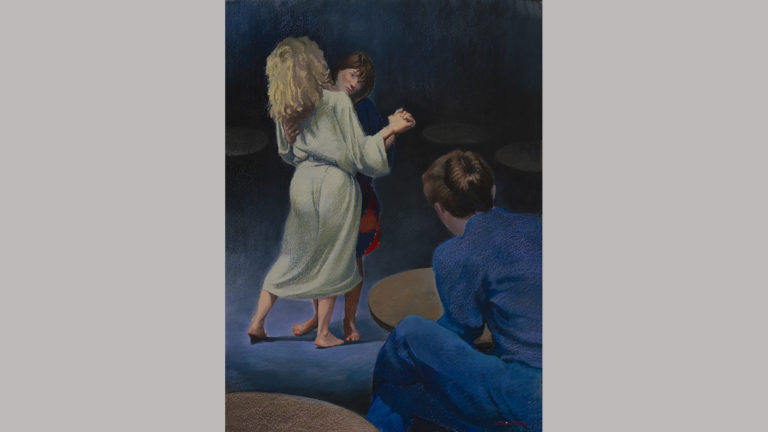 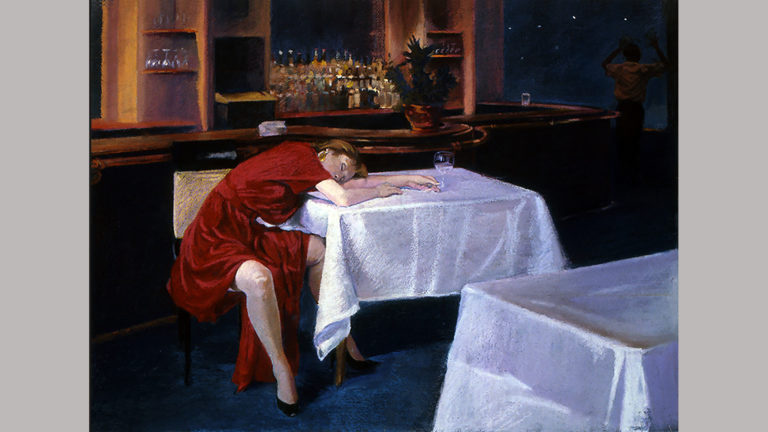 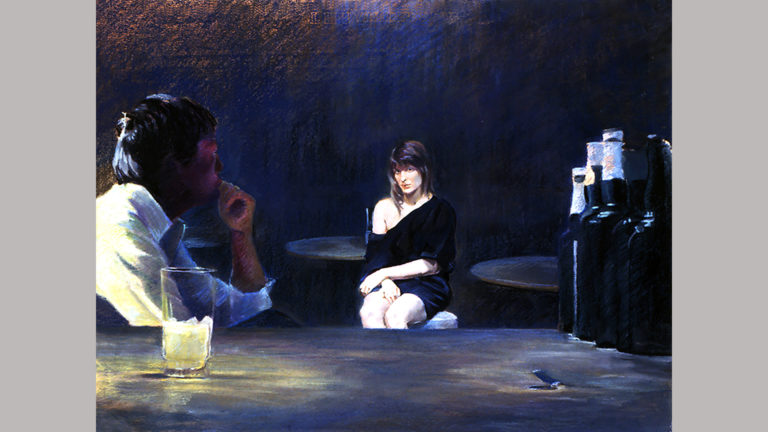 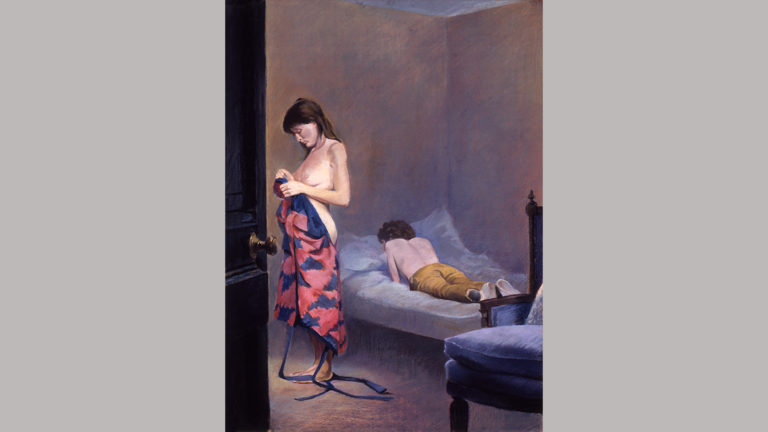 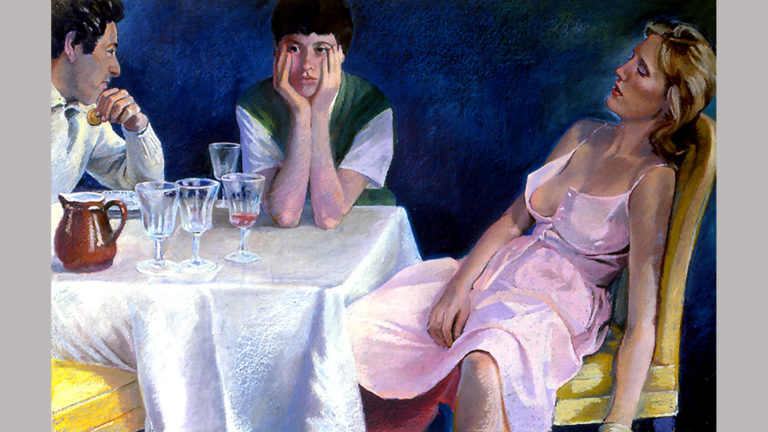 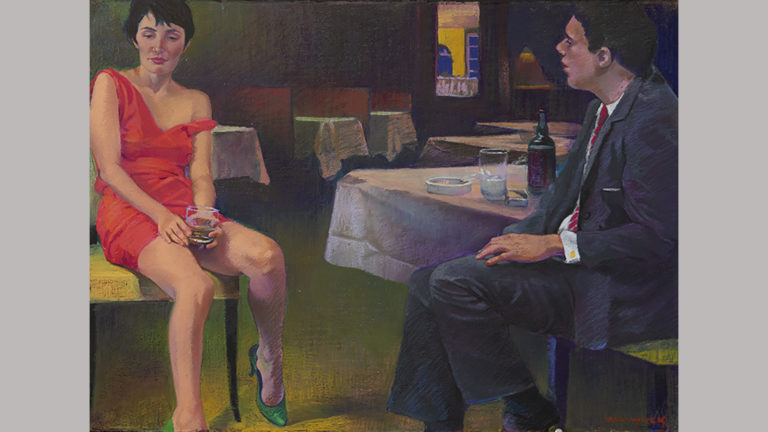 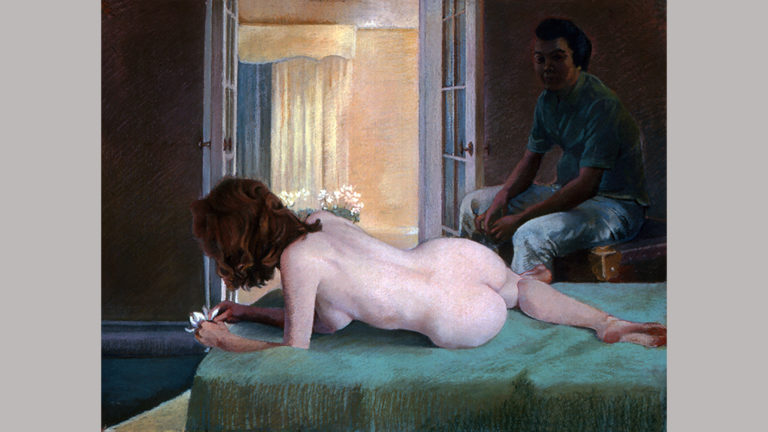 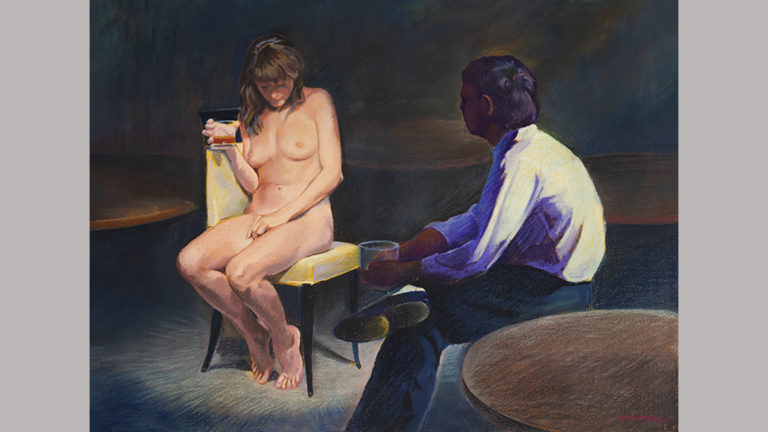 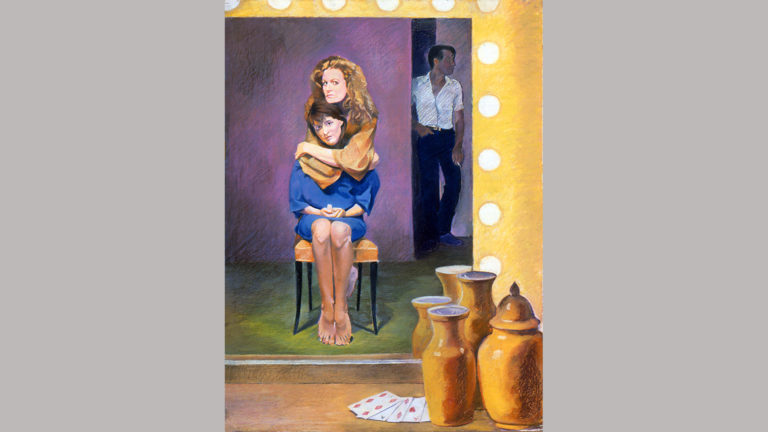 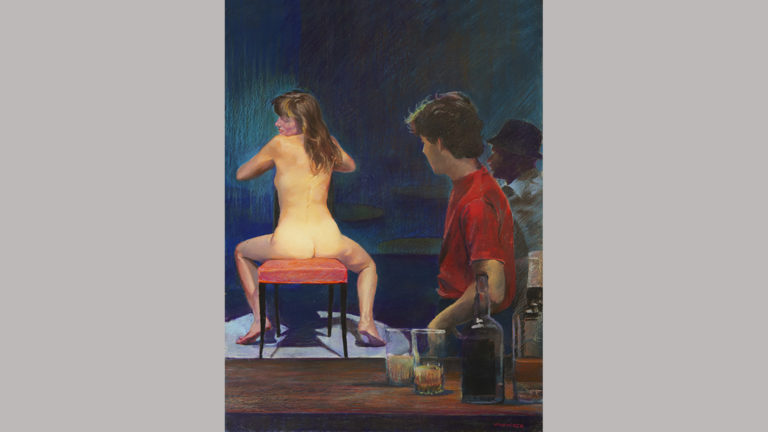 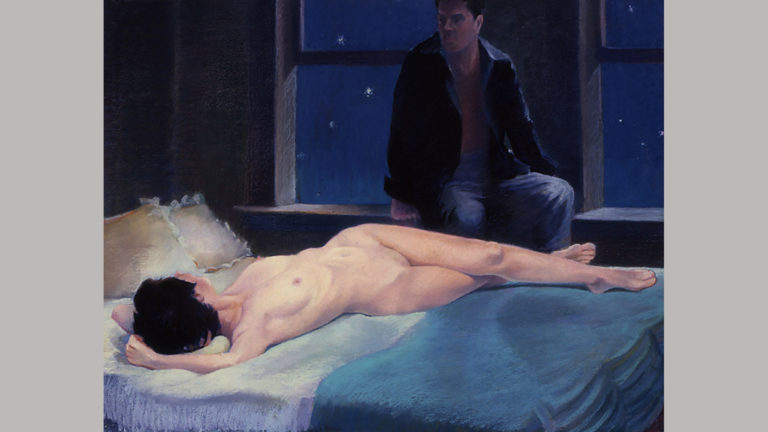 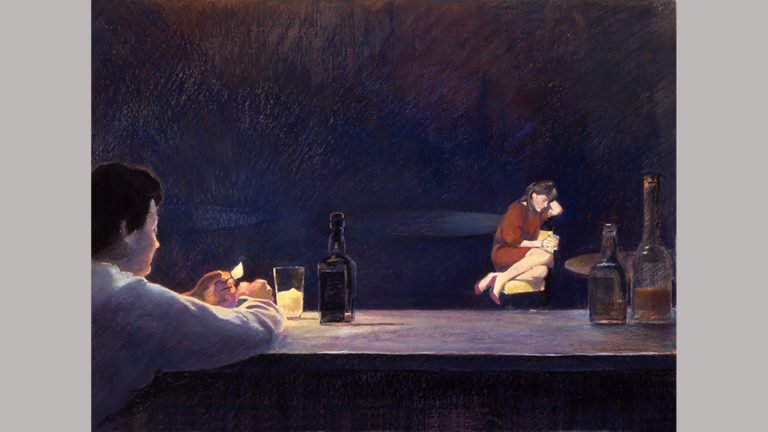 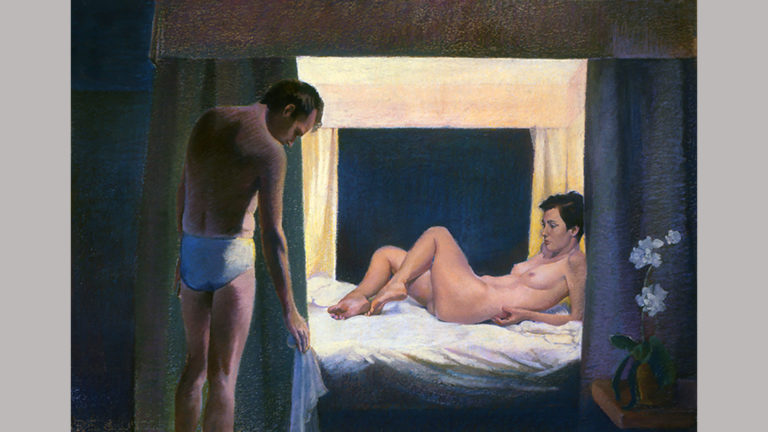 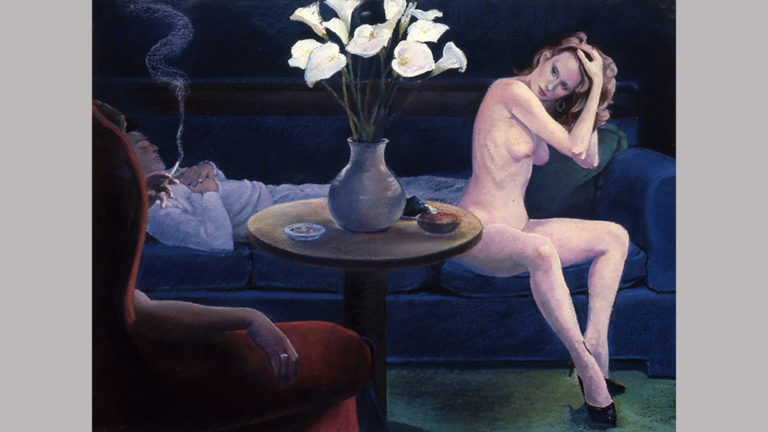 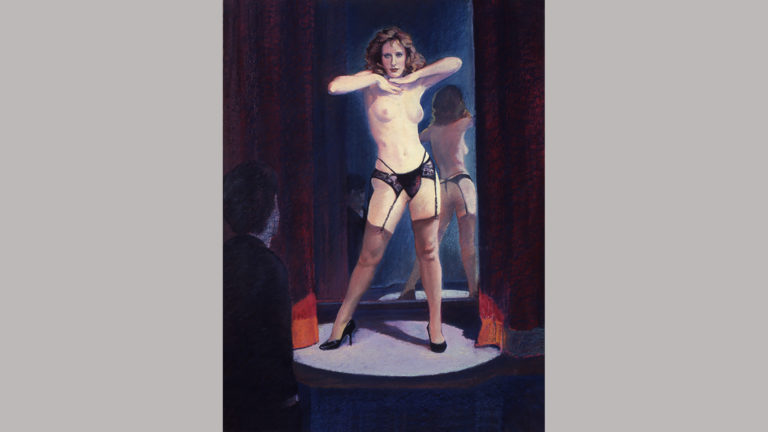 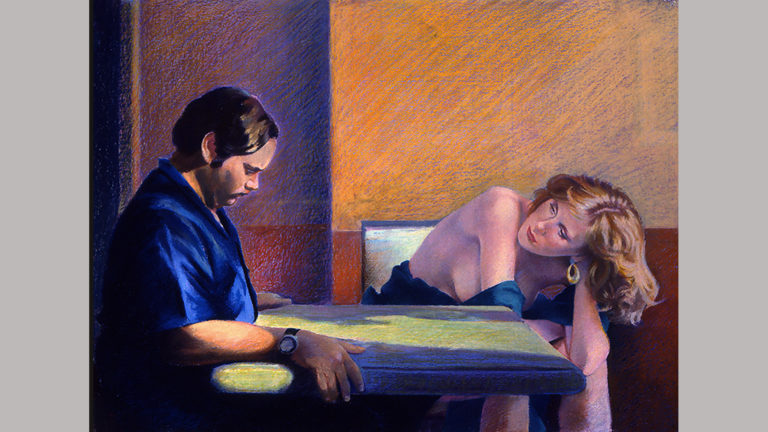 Nigel van Wieck’s narrative pastels are set in Manhattan’s nightclubs, bars and bedrooms. Their naked vulnerable women and clothed predatory men tell us a lot about power in that city; who has it and more importantly, who does not.

The women in the paintings often appear trapped in the spotlight. Pinned butterflies, they writhe in the harsh glare of the artificial light. The men, half hidden in the shadows, reflect despair, anger, impotence or indifference.

It seems the unspoken language between the sexes is no language at all. Exploitation is all that remains, but who is exploiting and who exploited is often ambiguous.

At times Van Wieck seems to draw an ironic comparison between his disillusioned working girls and the pampered darlings of Ingres and Manet. These women are exposed rather than revealed; naked not nude. The complicity between adorer and adored is replaced in this world by shame, commerce and broken promises.

In the bars the women have waited so long they have forgotten what they are waiting for. Yet still they wait until well after closing time, just in case.

Beauty, like art, in the 20th Century is easily bought but rarely valued. The viewer or ‘voyeur’ in these paintings may get what he pays for but never comes close to getting what he wants.

And so the space between the naked women and their clothed companions remains unbridgeable. Neither side has either the will or the energy to close the gap.

Yet the artist tells us that these women are beautiful; it is certainly not their fault if they are not appreciated. It is not that beauty has vanished from the world, only the ability to perceive it.

Even when on display, Van Wieck’s women, exhausted it seems by their inability to communicate, either ignore their companions/customers or are ignored by them.

There is no doubt in the viewers mind that the women plucking the white flower in ‘Wishing’ has not pinned her hopes on the shadowy transitory figure perched on the trunk beside her bed. Either he or she will leave the scene as soon as our back is turned.

In Van Wieck’s world romance and reality are incompatible. No one wins on this battlefield of lost illusions. Yet the women continue to wait and hope. And the men, preoccupied, remain indifferent to their pain and blind to their beauty.

One senses a deeper allegory here than simply the dashed hopes and unrealized dreams of Van Wieck’s protagonists. On the tightrope he walks between beautiful image and harsh reality he seems also to be saying something about the Artist’s dilemma, in trying to hold onto an ideal concept of beauty in a cold and often uncaring world. 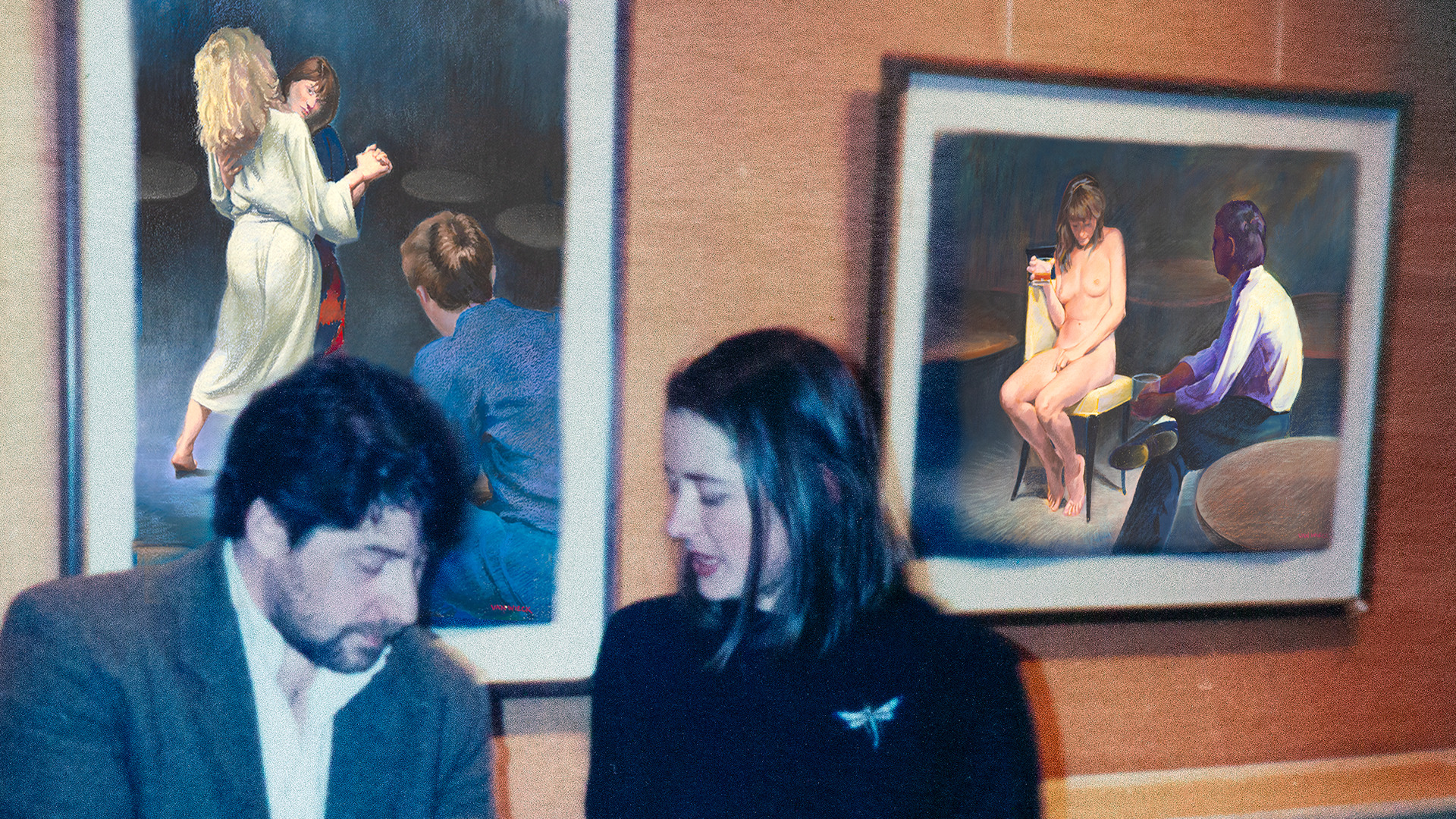