A sport and a pastime 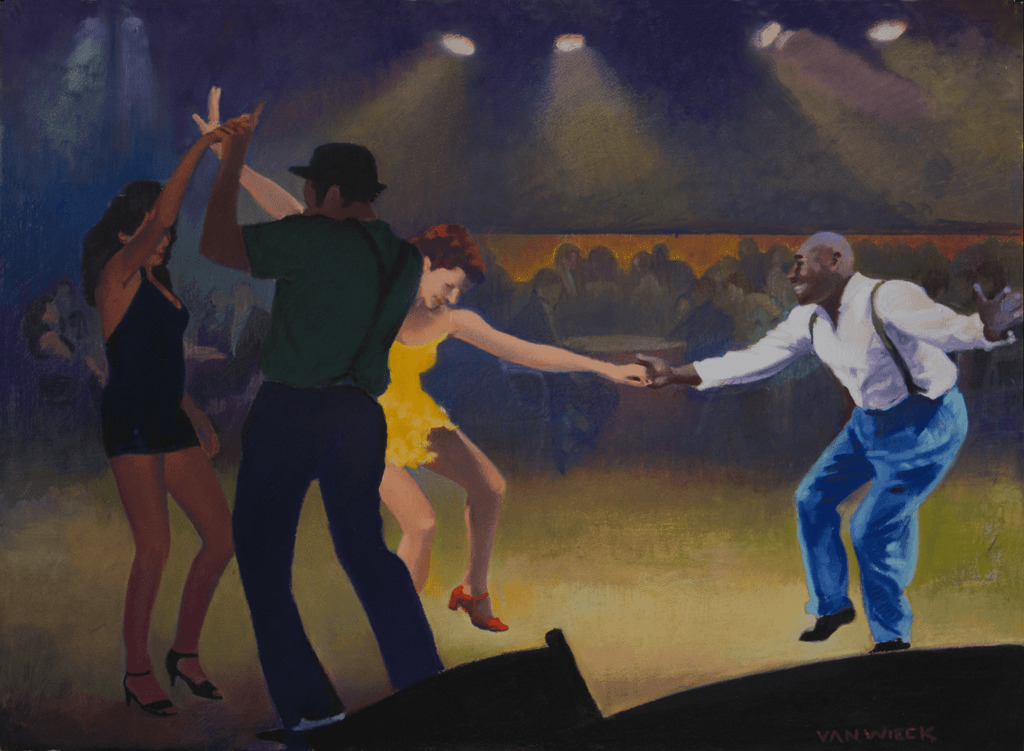 In approaching Nigel Van Wieck’s works several aspects must be tacitly understood. First and foremost, he is a narrative painter; but his oil pastels differ from the art of photography in that the fleeting momentary fragments he describes are hard won illusions. Rather than illustrating actual events, these carefully edited constructions are mixtures of remembered and imagined incidents. Each centers on an ardently charged and acutely revealing moment, but like Tiepolo’s Venetian ceilings or Gauguin’s Tahitian paradise, Van Wieck’s narrative vignettes are inventions and the occasions he describes are best taken as allegorical allusions rather than mirrors of visual realities.

“Certain things I remember exactly as they were. They are merely discolored a bit by time, like coins in the pocket of a forgotten suit. Most of the details, though, have long since been transformed or rearranged to bring others of them forward. Some, in fact, are obviously counterfeit; they are no less important. One alters the past to form the future. But there is a real significance to the pattern which finally appears, which resists all further change. In fact, there is the danger that if I continue to try, the whole concert of events will begin to fall apart in my hands like old newspaper, I can’t bear to think of that. The myriad past, it enters us and disappears. Except within it, somewhere, like diamonds, exist the fragments that refuse to be consumed. Sifting through, if one dares, and collecting them, one discovers the true design.”

On the formal side, he is a consummate draftsman, deft composer and a keen editor who understands both the structural ploys and emotional nuances of color. However, these are tools of the trade for any skilled visual artist. The content of Van Wieck’s images lies beyond their formal and pictorial elements. It is instead embedded in his narrative incidents. All of the elements of the earlier work coalesce in Dancing. In order to more fully understand their implications, it is important to consider Van Wieck’s earlier work, particularly the Working Girls series. The label is something of a misnomer and more than a bit misleading, for it does not refer to prostitutes; all are completely believable as women with individual histories and these are tales from their private lives. While the paintings do not moralize, ultimately they are auguries. More than a hundred oil pastels and canvases based on this theme were done between 1987 and 1992.

One of the most significant introductory clues to Working Girls can be found in Van Wieck’s depictions of nude and partially disrobed models in the studio, in the privacy of an interior, or his descriptions of intimate incidents seen through windows and doors. The women are young, their bodies are lithe and beautiful, and they are sexually desirable. Their attention or gestures are frequently directed toward someone unseen and unknown, or they gaze back at the viewer without embarrassment. Whether they are depicted as hired models or placed in a narrative context, his women are sensually attractive, at ease with their nudity, and always convey an air of eros. That they exhibit their sensuality and are being watched is tacitly understood. Exhibitionism and voyeurism. These codependent facets of the libido lie at the center of all erotically tinged art, from overly familiar icons such as Sandro Botticelli’s Birth of Venus, Edouard Manet’s unblushing Olympia, and Auguste Rodin’s Kiss to Pierre Bonnard’s loving, intimate depictions of a perennially young Marthe at her bath and the uninhibited, flaunting sexuality of the women drawn by Gustav Klimt and Egon Schiele. Van Wieck, with his shrewd sense of art history, is aware of the nuances and emotive power of these precedents. He is equally cognizant of the tenets of modernism and the selfindulgence of much recent art, and his insistence on the use of acutely observed and carefully constructed imagery to convey parables that are particular to our time is both carefully reasoned and deeply felt.

Rather than sharing the bracing, solitary moments of Edward Hopper’s women, as depicted in the wonderful etching Evening Wind and paintings such as Eleven A.M. or Morning in the City, we are more often left with a prevailing sense of quiet desperation. Melancholia and anxiety hang like a pall over the Working Girls. There is a line in F. Scott Fitzgerald’s Notebooks: “Show me a hero and I will write you a tragedy.” Van Wieck’s Working Girls are transliterations of this idea. Show me a beautiful woman and I will give you the searing pain of alienation. In twentieth century art the closest parallels to these works can be found in the silent, anxious interiors of Felix Vallotton, the tragic novels of Jean Rhys, or perhaps more appropriately, in the strained relationships and emotional treacheries explored cinematically by Ingmar Bergman.

“In a real dark night of the soul it is always three o’clock in the morning.”

As in the tales of Vallotton, Rhys, and Bergman, a subtle undercurrent of eroticism lies at the core of the entire narrative panoply of Working Girls. Van Wieck’s quiet, edgy narratives range from the opening moments of coy flirtations to illicit late night trysts in out-of-the-way bars and culminate with women trapped in the cold, dispassionate glare of post-copulative light. Pictorially and cognitively they are finally revealed in those silent, painful incidents of alienation and emotional desolation. 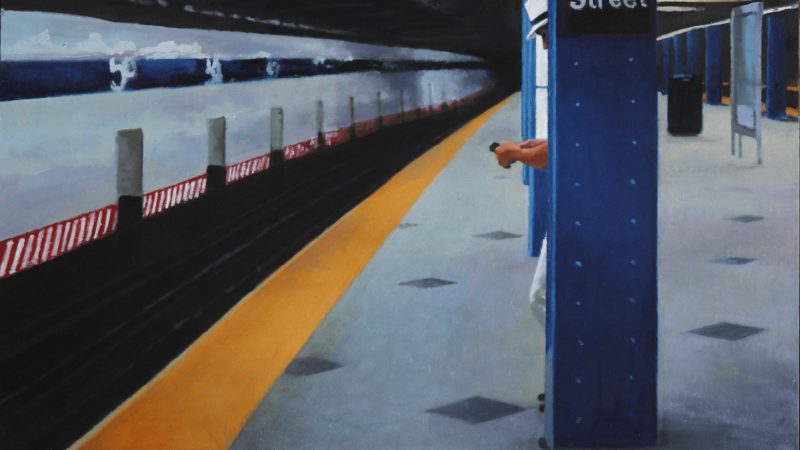 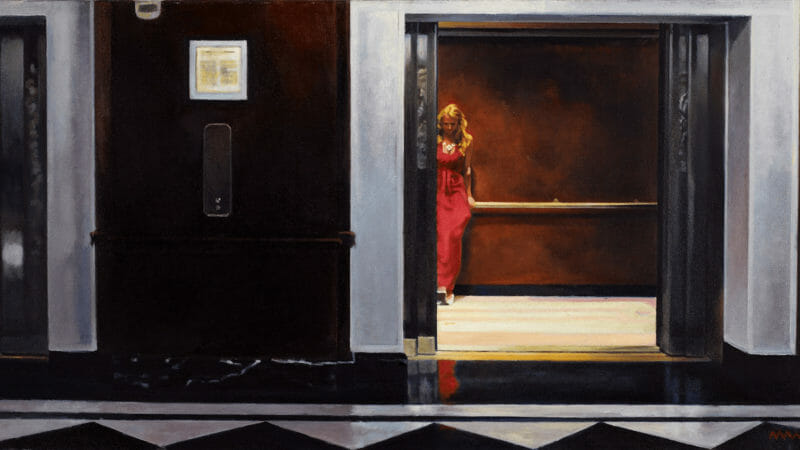